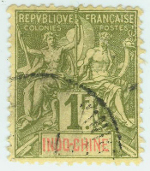 YOUR PACKAGE IS IN THE MAIL

Explaining the arrival of a new, bouncing bundle of joy to small children, might still be described as a difficult task for some parents.

As a result Mr. Stork is often credited with making the delivery, with an occasional honourable mention received by the family doctor.

But there was a time when Mr. Stork, and the doctor, both faced fierce competition.

The man stepped up to the stamp counter, of his local post office, and indicated to the mail clerk a parcel he wished to have delivered.

Glancing at the item, the official checked the address label, “Not over 50 pounds?” he asked.

The clerk then counted out a small handful of stamps, which he stuck onto the label attached to the coat of a small boy who stood waiting patiently.

After collecting his fee, the postal official sat the youngster on a bench behind the business side of the counter.

The adult, the child's father, having completed the transaction, then took a seat in the lobby, and prepared to wait.

Shortly afterwards, a mail delivery man entered the rear of the building, located mail for residents on his route, and began loading his bag.

Once the task was completed, he took the child by the hand, and the pair walked a few blocks to the nearby railway station, where they boarded the travelling mail car on a waiting train.

The parent, purchasing a railway ticket for himself, followed behind the mis-matched pair.

In the railway car, postal staff were busy cancelling letters and parcels for delivery to the next stop and points beyond, which included the stamps on the young boy's coat.

The postman soon arrived at his destination, a small village, a few miles down the line.

Leaving the train, he placed the mailbag over his shoulder, reached for the boy's hand and moved on to the first address on the route, leaving the father to follow behind.

On reaching the destination written on the address label, he delivered the package to the occupant of the home and said farewell to both child and parent.

A fable, you think, a fairy tale? It could never happen?

But it did, in the United States, during the early years of the 20th century.

Why? It was all a matter of cost. Consumers realized it was much cheaper to pay for the services of the United States Postal Service than to purchase a railway ticket for the child.

What was more, the mail offered door-to-door deliver

For a number of years, the United States Postal Service was called upon to provide this unique service — delivering small children, according to the Wikipedia internet encyclopedia.

Sending a child to visit grandma and grandpa by train, was apparently a relatively expensive business. The big breakthrough came with the advent of parcel post in 1913. Once parents uncovered the more favourable, and far cheaper rates being charged by postal authorities, as compared to those levied by railway companies, business began to boom.

During the early part of the 20th century some folks believing such delivery to be included in a postie's job description, willingly left their small youngsters in the capable hands of the U.S. post office personnel for delivery to pre-addressed destinations.

Proof, in the form of postage stamps, was attached to the child's clothing and with sufficient postage having been paid such parcels were carefully dispatched on their way.

However there was one drawback, regulations required that all packages be under 50 pounds in weight.

It was noted that the mail carrier, when he had a child to drop off on his route, was often accompanied by an adult relative of the infant, who having paid the full rail fare, was then able to travel with, and ensure safe arrival of the youngster, to the correct address.

In 1914 the mailman delivered a small girl a distance of 73 miles after she had been posted for an outlay of no more than fifty-three cents. She rode in the railway mail train with letter carriers and was safely delivered to her grandparents.

The first child recorded as using the new service came in 1913 when a boy was delivered a distance of one mile for the cost of fifteen cents. His parents were not taking any chances of non-delivery though, as they insured the package for $50.00.

It was soon obvious that the post office would begin to lose money as the cost of mailing young children varied between ten cents and forty-five cents each, and the service had the appearance of becoming quite labour-intensive.

By 1915 the U.S. Postmaster General reviewed his regulations and decided he could no longer accept children for mailing purposes as their description did not conform with the rules of delivery. Youngsters would no longer qualify under the rules as fauna, which was at that time, said to include such items as “bees and bugs,” and were the only 'live' things allowed.

Although several children had been successfully mailed over the years, permanent revised rules banning such packages were not enacted until June of 1920.

However, someone always has to test new rules, and the last child mailed was said to be a 3-year-old boy who was accepted at a local post office by staff long after the rules became law, and was clearly in violation. The postmaster was soon on the carpet to explain his conduct during an ensuing investigation.

An interesting sidelight from 1913, was a letter to post office officials asking about the rules for wrapping and mailing a baby through the system. It seems the individual enquiring, having no children, was arranging to adopt a child from another state and sought guidance to comply with the delivery regulations. A major worry the writer had, concerned the express company's reputation for rough handling of packages placed in their care. The letter was said to be found in an article written for a New York newspaper at the time.

Pictures showing a child in a mailbag are to be found in the Smithsonian National Postal Museum in the United States.