These stamps were first placed on sale at the Chicago main Post Office on May 25. 1933 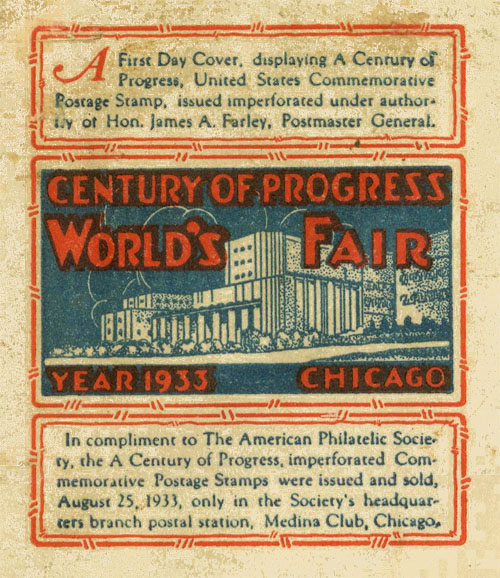 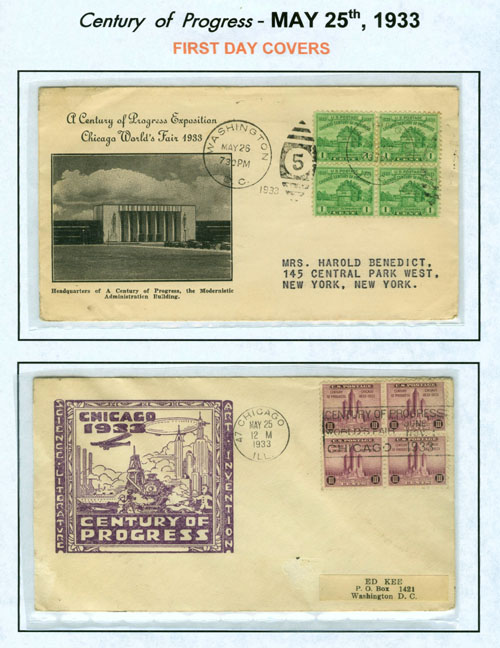 History of:  A Century of Progress International Exposition was held to commemorate the 100th anniversary of the incorporation of the City of Chicago.  It's theme was to "attempt to demonstrate to an international audience the nature and significance of scientific discoveries, the methods of achieving them, and the changes which their application has wrought in industry and in living conditions."  This was done through exhibits that appealed to the public in general, often with miniaturized or replicated processes.
The fair was held on 427 acres ( much of it landfill ) on Lake Michigan, immediately south of Chicago's downtown area, from 12th Street to 39th Street (now Pershing Road). Today, Meigs Field and McCormick Place occupy this site.
A Century of Progress officially opened on May 27, 1933 and closed on November 12 of that year. Although originally planned for the 1933 season only, it was extended for another year, reopening on May 26, 1934, and closing on October 31, 1934. This extension was due in part to the fair's public popularity, but mainly as an effort to earn sufficient income to retire its debts. 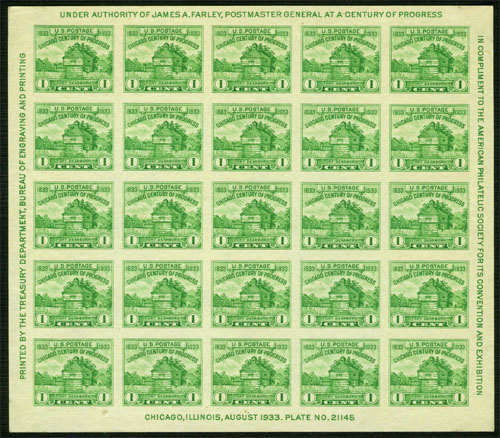 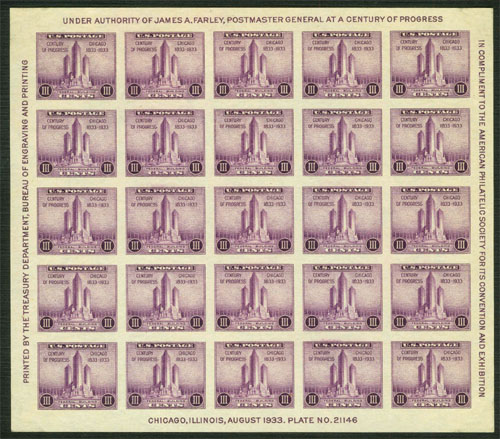 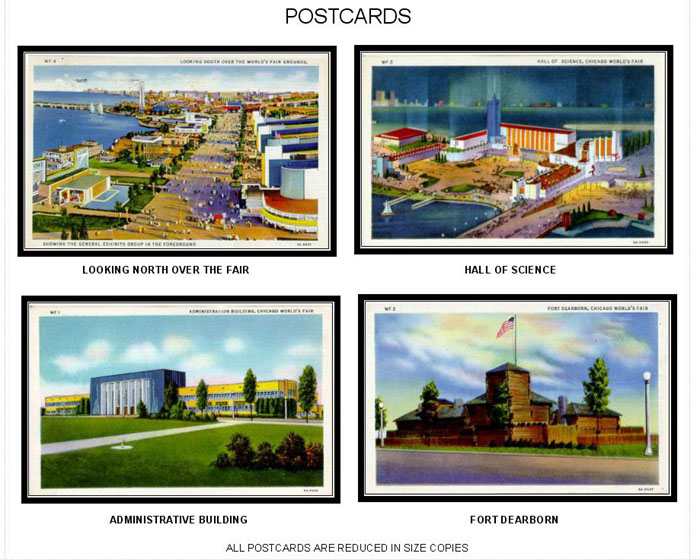 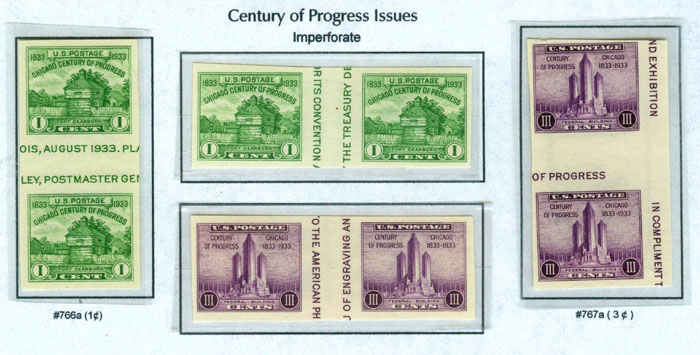 These issues were cut from the Farley Sheets which were first denied to the public but the outcry was so dramatic the postal service re-issued new sheets for the philetelic community. 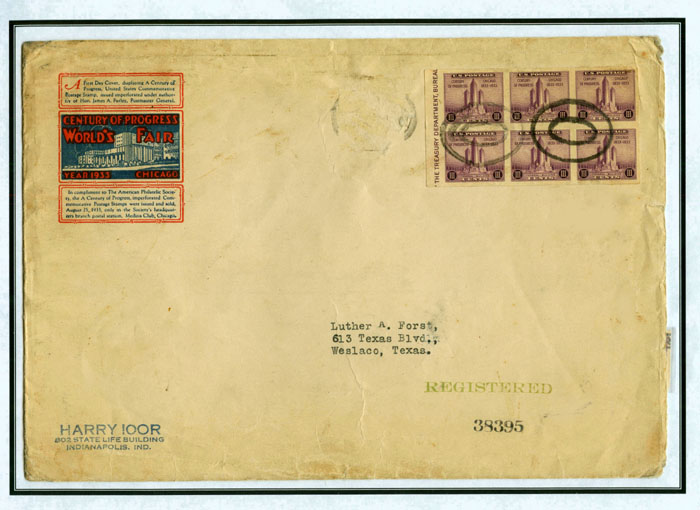 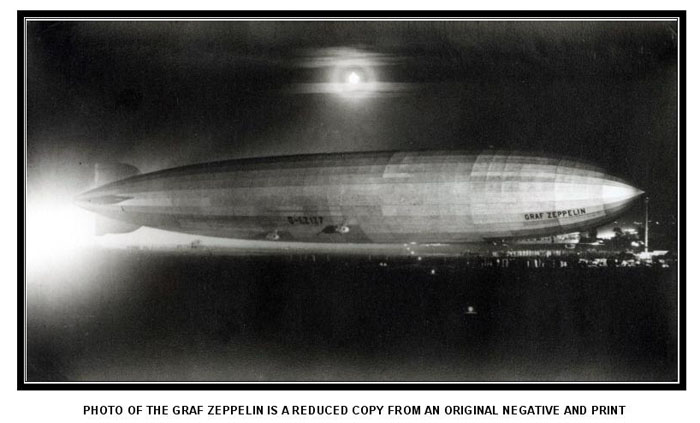 This airship and it's history are
Especially important to us
Stamp collectors,
as The Graf Zeppelin resulted
in the creation of four of
America’s most prominent stamps.

The Graf Zeppelin issue #C13-15,
and #C18, Affectionately known
to collectors as the “Baby Zep,”
wouldn’t exist without
this technological wonder.

The 1933 Century of
Progress Flight
Wouldn’t Have Happened
Without #C18!

The relationship between the
Zeppelin’s flight to the 1933
Century of Progress flight,
#C18 and collector mail
is even more direct.

Dr. Eckener, pilot of the Graf Zepplin, said the Zeppelin
would make the trip under
two conditions.

One, they needed a formal invitation
from the World’s Fair.

Second, they needed assurance
of an
American commemorative
Zeppelin stamp.

This resulted in the creation
of #C18, the “Baby Zep.”
In this case,
the Zeppelin Company
received 85% of all
the proceeds collected
by the U.S. Post Office.

Interesting aside:
Stamp collecting President
Franklin Delano Roosevelt
was furious the
American government and public
were funding a vessel
that was, by that time,
flying Nazi swastikas
on its tail fins.

Roosevelt would have quashed
the stamp if its issue
had not already been
internationally publicized.

This is a re-write of a previous exibit entry in Stamporama .. Perry