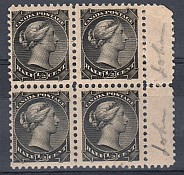 The Apollo-Soyuz Test Project (ASTP) the first joint flight with the United States and Soviet Union presented an unprecedented challenge to the personnel of the Spaceflight Tracking Data Network (STDN) to provide the vital link between earth and the Apollo and Soyuz. Goddard Space Flight Center (GSFC) located in Greenbelt, Md. was responsible for the operation and maintenance of the worldwide network. The ASTP cover shown was cancelled on splashdown day of the Apollo spacecraft on July 24, 1975. The Greenbelt, Md. post office where GSFC is located used a slogan cancel fron July 15-Oct 31, 1975 which read: APOLLO-SOYUZ/PEACEFUL USES OF/OUTER SPACE. Tracking station covers were avidly collected in the 70's and 80's. With the implementation of the Tracking Data Relay Satellite System in the mid 1980's, the STDN tracking stations were closed.