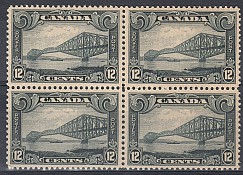 The other day my wife Bunny Marti, (I may explain someday and what you are thinking is probably correct,  but that was years ago in a galaxy far, far away), laid my breakfast before me in an unusually sour attitude and then proceeded to sob. Unusual in that the sour attitude is always coupled with a snarl as opposed to a sob. Instinctively I asked what was the matter.

“You are planning to divorce me!” was her response. Not wanting to be cut-off from my meager allowance which is taken out of my own pension, and occasionally needing a proper meal, I assure you I had no such intention. “What on earth would cause you to make such a shocking statement?” I asked, or more to the point, answered.

“That note to the law firm.” Note? Law firm? I honestly was totally baffled.

“I saw it on your desk while I was dusting, you brute?”

“Angel, I have not written anything of the kind.”

“But I saw it!” Her voice was nearing a fever pitch so I thought reasoning would come in handy.

“Okay, what did the note say?” Knowing there was no note I was painting her in a corner. It takes years of practice.

“Well, it doesn’t say anything,, but it is addressed.”

Keeping my paint brush in my hand I asked “To whom then is it addressed?”

“I didn’t memorize it, let me go get the note and show you.”

Now, we were getting somewhere. While she was away, I ate my breakfast as if it were  my last. Returning, with the sobs replaced with snarls, she threw a piece of paper at me. I recognized my own hand writing and recalled my doodle of the night before. On the top of the paper, in neat block letters I had written  “Michel, Yvert, Gibbons and Scott.”

“Pumpkin, this is not a law firm. I was just day dreaming of some new catalogs. These are companies who publish stamp catalogs.” Knowing she was in a sour mood I was reluctant to mention stamps, but I had no choice.

“I thought you bought stamps from those meetings you go to and on the Internet.” She was softening a bit.

“Oh, Darling, they are not sales-catalogs. They are informational catalogs.”

“Informational? How much information can there be about stamps?” Oddly, at this statement a vision came to my mind of hundreds of thousands of philatelists all over the world hearing her, several of their heads exploding sort of like a scene from the movie Scanners.

Where does one start? I am a relative novice collector, therefore I decided to stick with basics. “In these catalogs every stamp which has ever been issued by a governmental postal authority is given a number for identification purposes, my love.”

“So, what you are telling me is these four gentlemen got together and gave each stamp a number and then put the number in a catalog.”

“Well not quite,. They did not collaborate in any way. They each have their own number and their own catalog.”

“You expect me to believe that? Is this the best story you can come up with? It’s a law firm. Admit it”

Now the conversation was getting out of hand. I decided to calm her down and use the old stand-by keep it simple and teach by illustration. I invited her to sit down at the kitchen table, thus assuring she was out of reach of the rolling pin for I knew this discussion could go terribly wrong and get worse before it got better. Surprisingly she calmly sat down. Yet mild sobbing had returned

I began, “Let us suppose we are at Papa Looch’s and have ordered a pizza. When our pizza arrives Mr. Scott walks by and exclaims, ‘That is a fine looking pizza I will call it Pizza #1. May I take a picture? I will label the picture A1’ We are so proud  Mr. Scott has noticed our pizza we wait to eat. Then Mr. Michel walks by. He also notices our pizza and declares it is a fine pizza. ‘I will call your pizza #1-8’ You see sugar baby our pizza is cut into eight slices. Mr. Michel gave each of our slices it’s own number. Mr. Scott walks by again returning from the rest-room for instance and we inform him what Mr. Michel has done. Mr. Scott removes a Sherlockian magnifying glass from his pocket and after careful deliberation declares our slices of pizza indeed differ from each other in very minute ways. One has oddly shaped Canadian bacon, another has two more olives than the rest, for example. He then states he will not change his numbering system, our pizza will remain #1. However, as the slices differ he will designate each slice by a letter. Slice 1a, 1b, 1c…etc. Now Mr. Scott and Mr. Michel have different ways of stating the same thing, therefore they each must have their own catalog.

Mr. Gibbons stops by our table asking for directions to the nearest Chip-shop showing no interest in our pizza. Mr. Yvert must be in another part of town. You see how simple it is?”

“I have never heard of anything so silly in my life,” my wife says while eyeing the rolling pin. “A pizza is a pizza, a slice is a slice, an olive is an olive and Canadian bacon is really ham. It is not rocket science. A stamp is a stamp!”

Now I was eyeing the rolling pin. “A stamp is not a stamp. There are hundreds of thousands of them and they are all for the most part different. And there must be a way of identifying them.”

“I can identify them just by looking at them” Bunny Marti shouted. “There is a red one, a blue one and a green one” She was smug thinking she had won the day. “You could not be more wrong smarty pants,” I ventured, “They are not red, blue and green. According to Scott they are carmine, ultramarine and emerald.”

It is amazing how quickly a sixty-two year old woman can move, even if she qualifies for handicap license plates. The afore mentioned rolling pin thankfully missed my head by a fraction of an inch, the kitchen window was not as fortunate. Also unfortunately I responded in the worst way possible. “Now look at what you have done! Do you know how many stamps I could buy with the money we will have to spend on a new window?”

“I am very sorry. That was a rash and childish way to react.” she said. Wow! I am going to play this for all it is worth, I thought. She reached into her purse and said, “ Honey, really I am sorry. We should not argue over this petty stuff. Here, I’ll give you $10 and you can go buy a couple of those new catalogs if you want. My treat.”

This put me in a quandary. I knew ten bucks would not even put a decent down payment on a new catalog and also if she ever found out how much those things actually cost, I would be in for beans and toast the rest of my life, which might not be long even though the rolling pin was no longer in play, the cast iron frying pan was handy. In hindsight I should have taken the ten dollars and completed my Germany 2000 year set.  “Keep the money, It is more important to me to make you understand the importance of these catalogs.” I tried to sound noble, however I don’t think I got there. “Please sit down and let’s discuss this rationally.” Again, I was being noble, however I think my voice cracked. I did not want to be accused of yodeling at her.

We sat down at the kitchen table again amiably. “Now, sweets cheeks,” I resumed, “not only do these catalogs have a number for every stamp, they also have a picture of the stamps and inform of certain characteristics of the various stamps. For instance, the date of issue, perforations, precise color, and value of the stamp both mint and used and of course their assigned number.”

“Value? The value of a stamp is printed right on it. Any idiot can see, “ she answered.

“Not that value, that is called the face value and is only a concern of the postal entity and not the collector. The value listed in the catalog is the value to the collector. Let me give you an example. Assume we have a stamp from Knickerstein which depicts a violin. We look in the catalog which lists stamps of Knickerstein and find it is from the year 1987 was issued on the 12 of June, is perfed 12X14, is brown, ultramarine, rose and black. It is lithographed and has a mint never hinged value of five dollars and a used value of one dollar.” I responded. Half way through my answer I was hanging off a precipice but I couldn’t help myself.

“You need to volunteer somewhere to get out more. All of this stamp collecting is concerning me. You are losing your mind.” Now I was painting myself in a corner. She continued, “For the sake of argument,” (like we needed an excuse or a sake for that matter to argue) “let’s say I understand all of this rubbish. Suppose you needed a violin stamp from Knickerstein for a set you are collecting. You go to a store, or Internet or wherever you go, and you see one for five dollars and buy the blasted thing.”

Quickly I interrupted, “Oh goodness no! I would never pay $5 for that stamp. One never pays catalog value for a stamp,” I responded proudly. Thinking I would gain some much needed “argument” points by being so frugal.

“People do not pay what the catalog says a stamp should sell for?” “No darling.”

“People spend money for these catalogs and then proceed to ignore the information in them?”

“Quite right my dear, I could not have said it better myself.”

“You are insane, stamp collectors are insane, and the only sane ones are the people who make all of these catalogs which have the same information simply put in different ways and make hundreds of thousands of dollars.”

Knowing I was beat. I simply asked “What’s for lunch?”

If Bunny Marti had my sense of humor she would have answered “A Canadian Bluenose with Original Gum.” But, she just walked away shaking her head. Down the hall which is lined by the way, with a hundred Mason jars filled with buttons and thimbles.