1859 - Cover from Farnborough Station, Hampshire to York Town
A philatelic essay by an unknown author 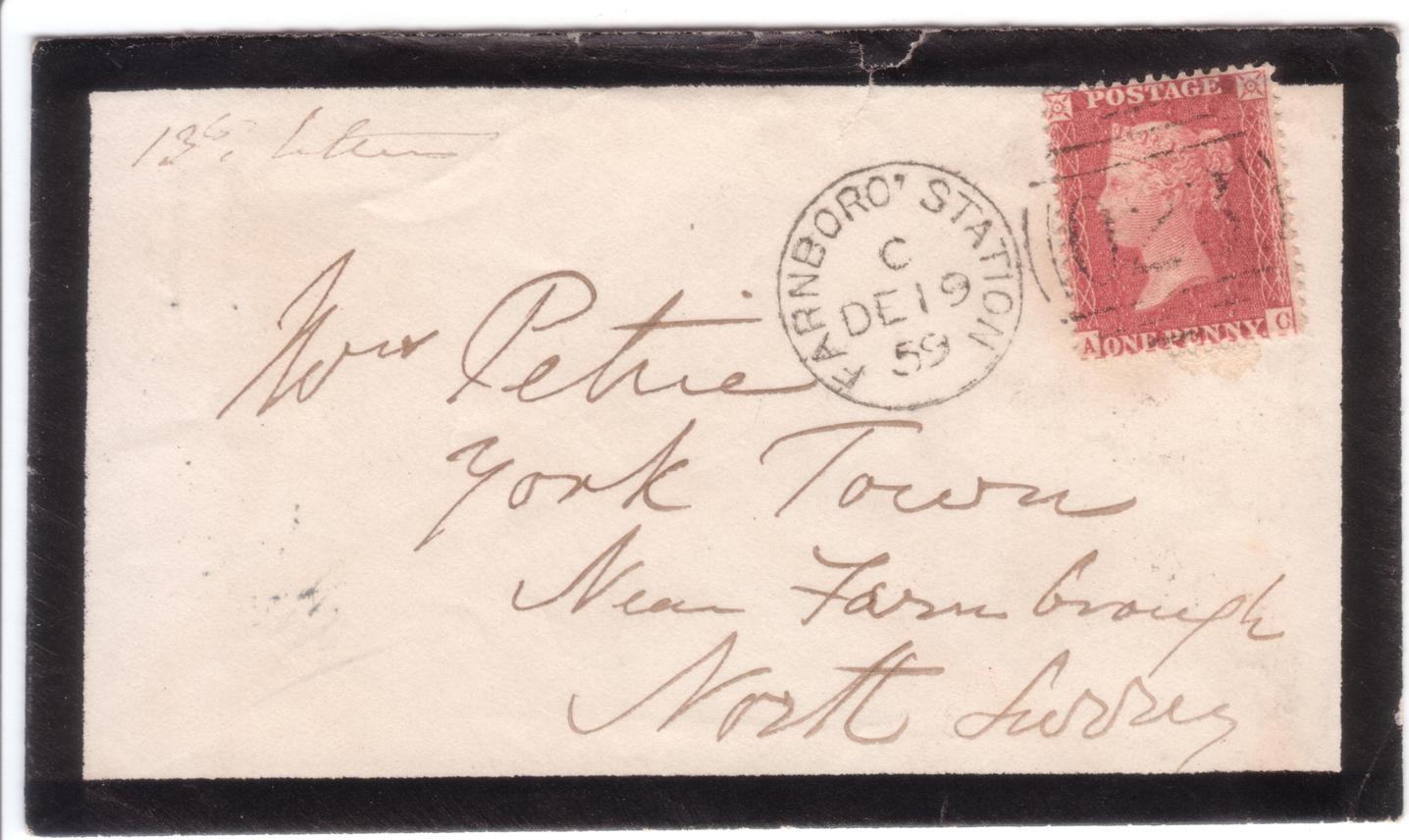 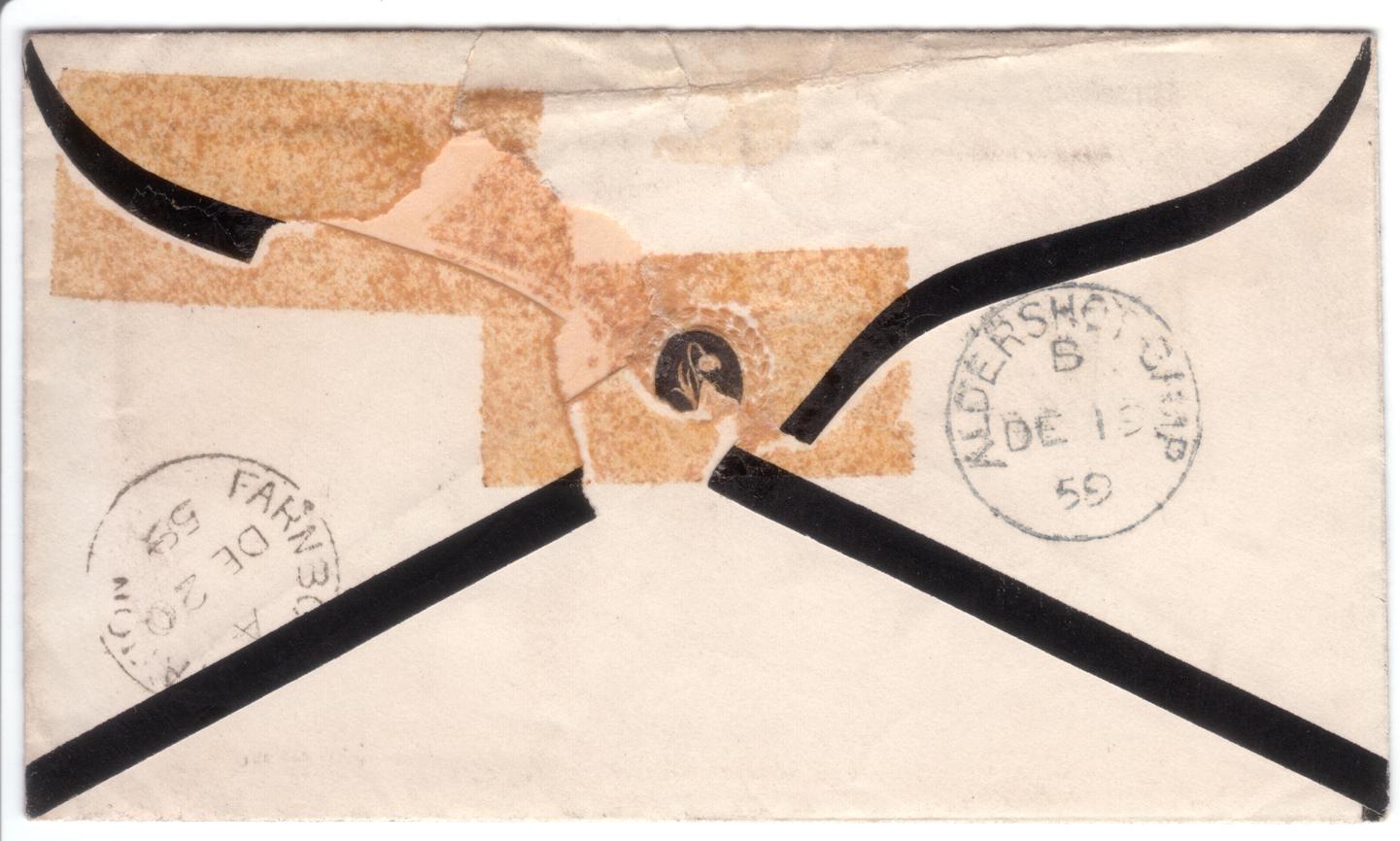 The stamp is the only penny red-brown shade with perforation 14 and alphabet III issued in November, 1856.  The stamp was printed with Die II on white wove paper, watermarked large crown, by Perkins, Bacon & Co. in sheets of 240 subjects, arranged alphabetically A to L horizontally and A to T vertically.  The vignette is a profile of Queen Victoria after a portrait by William Wyon.  One penny is the correct rate of postage authorized in 1839.