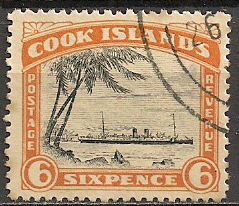 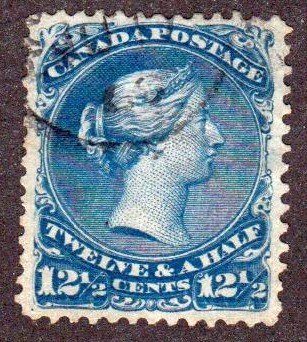 IN THE BEGINNING...
The introduction of the adhesive stamp in the U. S. A.

Adhesive stamps in the U. S. A.

In 1840 Great Britain introduced adhesive stamps to prepay postage.  So as to be fair adhesive postage was a British creation.  Their "penny black" would be one of the most awesome collectable in anyone's collection. 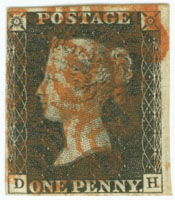 In 1842 postage stamps were introduced to the United States by a private mail delivery firm, Greig's Dispatch Post of New York City.

The adoption of adhesive postage stamps in 1847, for use in the prepayment of postage on mail matters, represented one of the most single improvements in the history of the Postal Service in America.

On March 3rd, 1847 Congress passed legislation that resulted in the first general issues of 1847.   These stamps were designed to be issued to postmasters on account, for sale to the public, in lieu of the less uniform and more uncertain methods that had prevailed in the past.  Prior to the issuance of the first stamps, letters accepted by postmasters for dispatch were marked "PAID" or "DUE", by means of pen and ink or hand stamps of various designs.

To facilitate the handling of mail matter for use on letters, many postmasters provided special stamps or devices for use on letters as evidence of pre-payment of postage.  These stamps of local origin were known as "Postmasters' stamps"or "Provisionals".  After the introduction of postage stamps, these various methods of mailing without postage by means of stamps of governmental issue was made obligatory by law, effective July 1st, 1855.

As soon as possible after the enactment of the law on March 3rd, 1847, authorizing the issuance of adhesive postage stamps, contracts was entered into with Rawdon, Wright, Hatch & Edison of New York for the printing of the quantities required for placing on sale July 1st, 1847.  Subsequent contracts for postage stamps continued to be awarded to private manufacturers until July 1st, 1894, on which date the printing of stamps was transferred to the Bureau of Engraving and Printing, Treasury Department, where all postage stamps have since been produced.

These new stamps were cut by the postal clerks from imperforate sheets.  As soon as these stamps went on sale provisional stamps became invalid.

The five-cent stamps has a portrait of Benjamin Franklin, the father of the US postal system. The earliest known use of the 5-cent stamp was July 7th, 1847.  3,700,000 ISSUED 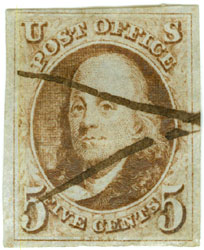 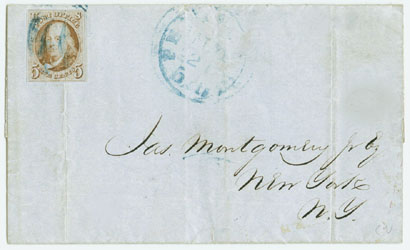 The ten-cent stamp has the portrait of George Washington, the first president of the United States.  The earliest know use for the 10-cent is July 9th, 1847.  865,000 ISSUED 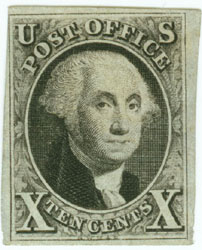 In 1856 the use of stamps on US mail became mandatory.