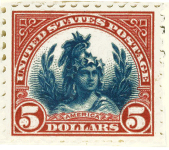 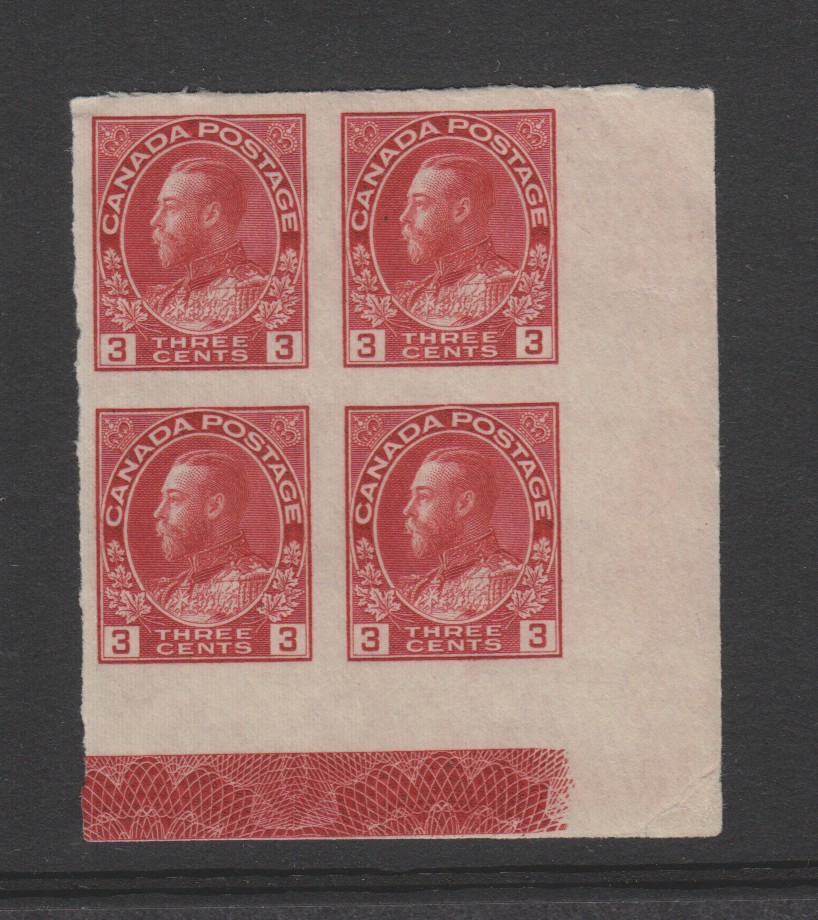 2009 has been a fun year-to-date for Canada Post, well at least when it comes to providing special phosphor tagged issues. The first issues to have special tagging were the sports of the 2010 Olympics series. As reported in Details magazine for January-March 2009 the issues with tagging are described as: general, 4 sides. But the caption by the graphics of the stamps tells us to use our UV lights to reveal unique security features on the stamps.

At left is a close up image of the freestyle skiing stamp (scott 2303) under ultra-violet light.  Notice the 5 maple leafs that appear upside down on the 2 skis.  Each of the five stamps in this series has a similar security feature on them.  On the snowboard and bobsleigh stamps it is located at the bottom right corner of the stamp above the logo.   The Curling stamp has the 5 leafs located on the left sleeve of the curler.  The sledge hockey stamp has the 5 leafs located in the top left corner under the word Canada.  This series was issued on January 12, 2009.

Having released the Sports of 2010 Olympic Games with special tagging, Canada Post made sure that the Mascots and logo series, issued on January 12 and February 12, 2009,  also contained special tagging.  The 2 stamps issued with the Paralympic and  Olympic Games Logos feature 2 maple leafs either side of the logo.  Shown at left is a close up of the Inukshuk Olympic Logo stamp (scott 2306).  On the Paralympic stamp the large leaf is on the right.  You can also see the general 4 side tagging used on both sets of stamps.

The coolest tagging is found on the mascot stamps.  If you look closely at the close up of Quatchi (scott 2313) on the right you will see that the special tagging is the Canada Post logo appearing on the stamp in various sizes and locations.  The close up of Sumi (scott 2312), shows the detail of the phosphor tagging.  All stamps in these 2 series have the special tagging.

One of Canada Post's International Year of Astronomy souvenir sheets (scott 2323c) issued on April 2, 2009 has a special overprint only visible under UV light.  You will  know if you have the special souvenir sheet if the bar code at the bottom left corner of the sheet has a tan shading and ends with the numbers 07202.  The overprint is the International Year of Astronomy logo at the top left of the sheet.  Below you can see the logo on a close up of the Souvenir Sheet.

The first half of 2009 saw Canada Post having fun with phosphor tagging and in the process allowed stamp collectors to have fun looking at their stamps and souvenir sheets.