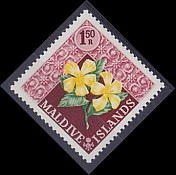 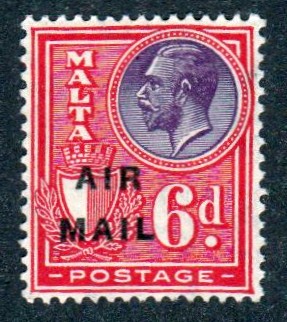 MY LUCKY PENNY
A rare experience

During my years as a collector I have probably added thousands of stamps from different countries to my albums--mostly quantity but occasionally the odd quality stamp given my modest recreational budget.

Many years ago I purchased a "remainders" album of British Commonwealth stamps at an auction. "Remainders" as in the fact that previously someone had ruthlessly gone through the album’s pages and removed almost every stamp that had any worthwhile catalogue value and sold them off. My reason for buying the album was that it happened to contain a few lower values in older used sets I was trying to complete.

The book was beautifully bound and fully interleaved and on thumbing through the various countries it became obvious that it had been some young aspiring collector’s pride and joy in the past. This was evident by the regular careful notation of latest additions and the fact that all mint stamps had been stuck down on the page, while used were hinged. Most experienced collectors are familiar with the older style of album printing the pages of which which featured images of stamps printed in black

I had always been more fascinated by older stamps rather than current products so this album was a natural for me, and the price was right!

So you can imagine my surprise and delight on reaching the Great Britain pages to discover an 1840 Queen Victoria Penny Black. Certainly it was used and less than perfect, nevertheless it was a prize worth having. The letter on the bottom left corner is "L" while the right-hand side bears an "A." A black on black cancel exists but I do not find it legible.

How did it come to be missed? My theory is that it was able to blend too closely to the similar black and white images on the same page and was thus missed by the auctioneer and his staff.

I still own the 1930 album still almost intact with the many early stamps as I do not have the heart to tear it apart even to recover the older ‘mints.’

As for my Penny Black, it was carefully removed and now takes pride of place on the first page of my Great Britain album.